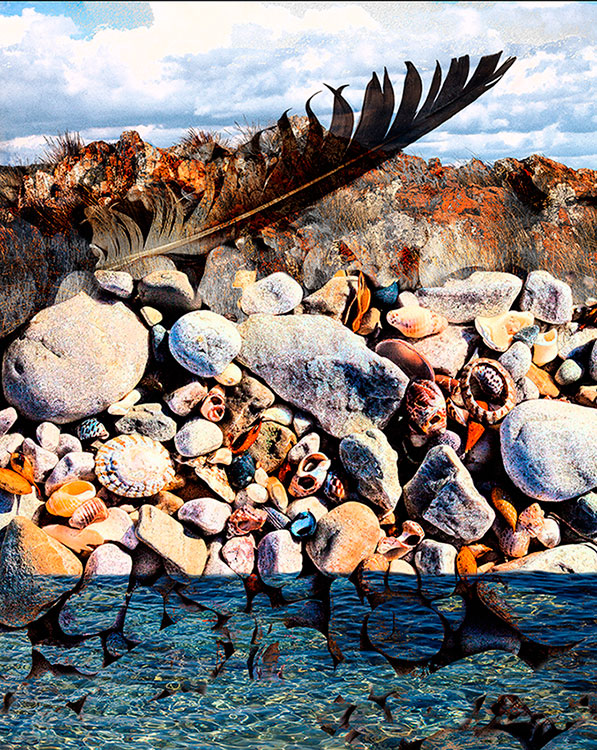 “Tarkine Coastal Treasure” was created out of the imagery collected in the Tarkine near Arthur River. It speaks of the ancestry of the people who have lived here for many generations, their shell middens tell the story of their lives, their presence continues in the landscape and country.

The incredible beauty and spirit of the Tarkine coast in all of it’s power and magnificence speaks to the heart and offers the deepest of connection to earth and sea on an ancient walked coastline on the West Coast of Tasmania. The treasure of the coast, its’ middens of shells, tell a silent story of a people occupying this coastline for generations. White stones, black kelp, orange rusted lichen rocks and feathers of sea birds line the shore as powerful waves wash and carry coastal treasure to the shore.

So sacred is this place its’ wildness and its’ freedom stretches in expanses of rugged rocks along the coast. Powerful rivers enter the coast bringing floating treasure from within the treed Tarkine. The greatest treasures are of the natural kind.